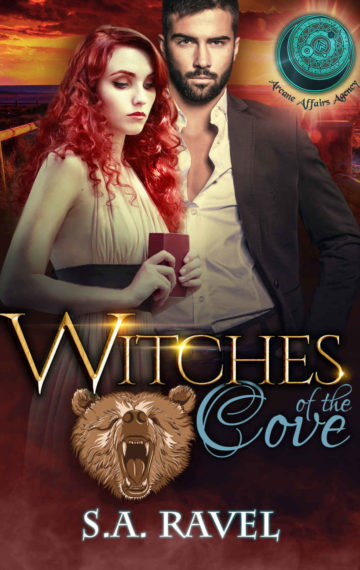 Amelia Harper is still reeling from her sister’s suspicious death. She’s now the sole surviving member of her coven–and worse, Melora was spearheading a truce between the witch clans of Belmont Cove and the bear shifters of Blackthorn Mountain. With her loss, peace seems farther away than ever. And then the man Lia’s spent years trying to forget turns up on her doorstep.

Arcane Affairs agent Parker Kane believes in safeguarding the fragile arrangement that allows paranormals to live among humans undetected. When he travels to Belmont Cove to investigate Melora’s death, the last thing he expects to find is that the victim’s sister is the same woman who left him years ago. What’s more, Parker now realizes that Amelia is his fated mate.

As Parker digs deeper into the case, Amelia is fending off persistent suitors from other covens. When she learns that Parker has hidden crucial information from her, it shatters the fragile trust they’d rebuilt–and then Amelia goes missing, and Parker must race to save his mate. Can he find her in time to tell her what’s in his heart?

Witches of the Cove is a standalone paranormal romance with no cliffhangers, no cheating, and a guaranteed happily-ever-after.