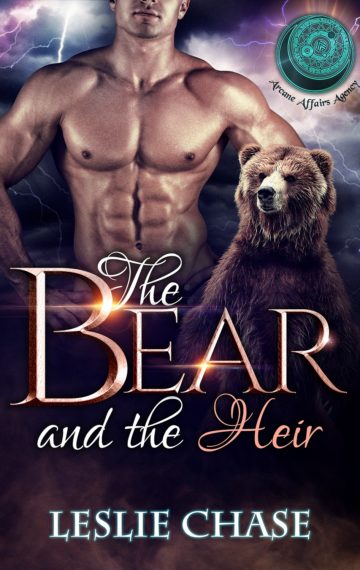 When Cole North arrives in Argent Falls to investigate reports of magical storms, he doesn’t expect much to come of it. Not after the series of pointless missions the Arcane Affairs Agency has sent him on recently. This time, though, it’s different. The small town is plagued by bizarre weather, the storms are trying to warn him off, and there are fae running wild. And then there’s Fiona.

No matter how much the bear shifter tries to focus on his mission, he can’t get the hot, curvy girl out of his head. But the fae are after her too – and when they try and kidnap her, Cole’s mission and his feelings for Fiona collide.

Fiona’s dreams have always been full of storms and now they’re following her into the waking world. Pursued by the strange, inhuman fae lords for reasons she doesn’t understand, Cole is her only protection. Fortunately, he’s everything she could want in a protector – and in a man. Strong, sexy and brave, he’s enough to keep her safe and drive her wild.

But when the fae reveal the reason for their interest in her, will even Cole be able to protect Fiona from her past? Or will an inheritance she never knew about tear them apart?