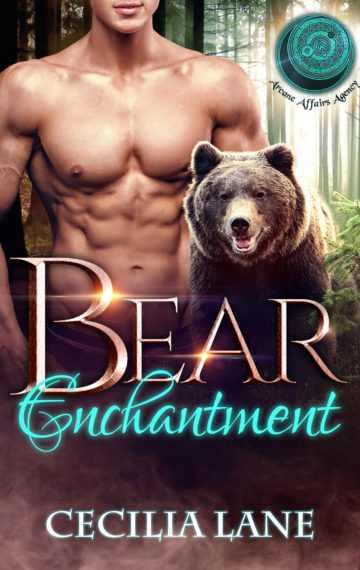 Chase Parker is used to achieving the impossible. So when a long year of undercover work culminates in a mandatory vacation, the bear shifter and agent for the Arcane Affairs Agency grits his teeth and prepares to endure the peace and quiet of a remote mountain resort. The last thing he expects is to encounter his mate there — and to learn she’s not only a witch, but a criminal.

Ariadne Wren can’t stand shifters. She’s the last of her coven since her sister ran off with one, sending her mother into shock. When she learns that a guest has checked into the special, isolated cabin set aside for shapeshifting creatures, she decides to drive him away and cleanse her family’s life of the shifter scourge once and for all.

Things get complicated when Ari’s magic gets out of control and demons appear. Chase doesn’t believe her explanation that it wasn’t intentional — so why does she feel so drawn to this sexy, infuriating man?

Chase knows it’s his job to arrest Ari and turn her over to the Agency … but first, they must work together to stop the demons before they escape from the mountain and wreak havoc elsewhere. Can Chase set aside duty for the woman he knows is his? And if he does, will Ari see past her prejudices and open her heart to her unlikely suitor?